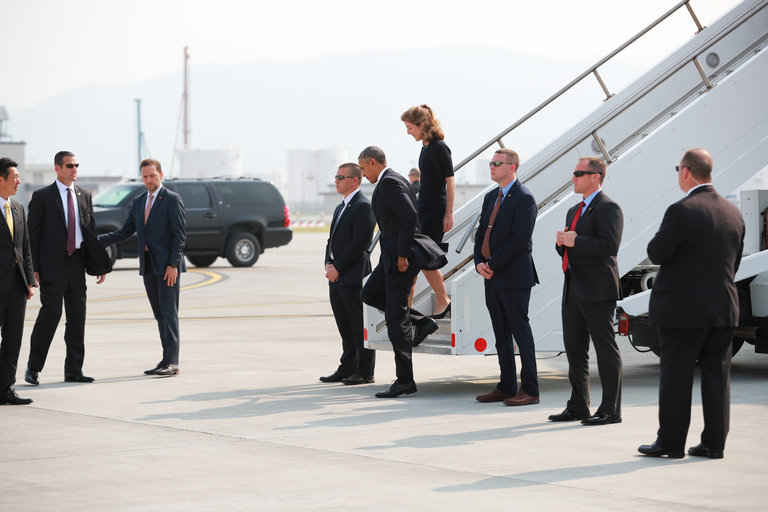 President Obama landed Friday at Marine Corps Air Station Iwakuni, outside Hiroshima, Japan, a visit that he hopes will bolster an important ally and remind the world of the dangers of nuclear weapons.

This is a historic visit,  the first by a sitting president to the city on which the United States dropped an atomic bomb on August 6, 1945, this will have a great impact in Asia who can still remember the  sorrow brought by World War II seven decades after it ended.