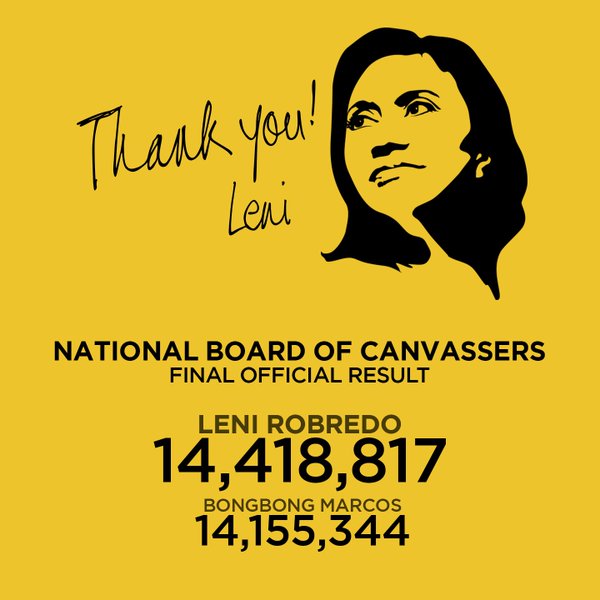 The tight race between  Congressman Leni Robredo and Senator Fersinand Marcos Jr.  came to an end.

The Congress Canvassed Votes as of 7:00 PM , May 27 based on 166 certificates of canvass with 1 coc suspended, declared Camarines Sur Rep. Leni Robredo as the winner for vice president after Congress wrapped up its three-day tally of the votes.

Robredo won with 14,418,817 votes against five other contenders, according to the official canvass results.

Leni Robredo (born Maria Leonor Santo Tomas Gerona; April 23, 1964) is a Filipino lawyer, social activist, and politician is now the Vice President of  the Republic of the Philippines.

She served as the representative of Camarines Sur’s Third District to the Philippine House of Representatives.