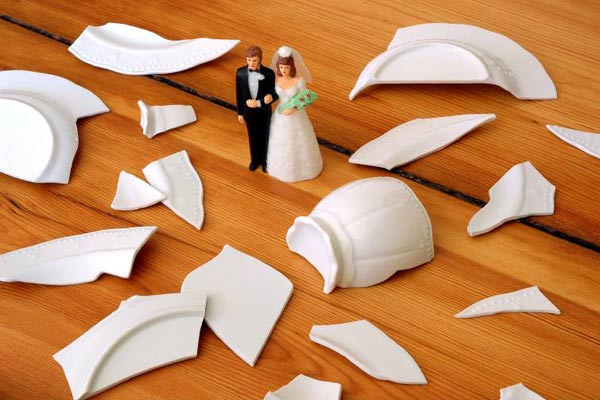 “Babe, those people are breaking a lot of porcelain. What’s going on?” My husband was driving when I noticed people happily throwing ceramic plates, ceramic vases, ceramic bottles in a secured area of the street. A woman holding a bouquet and a guy holding a broom was greeted by the people coming in, then would proceed to start throwing porcelain. They would watch them break into pieces, starts shaking the couples hand and smile. “Stop driving!” I told my husband, “What’s going on?”

He smiled and said, “ Polterabend.”

“A what?”, It sounded like a title of a horror film.

“It’ a German Tradition,” he said. So we got out of the car and started walking towards the couple standing on the road. My husband knew them, he greeted and congratulated them both for their upcoming wedding. I smiled and did the same.

We took selfies with the happy couple and informed us that we may proceed inside. One street was closed, big tents were set up, I can see people holding mugs, “Beer, of course. I can smell the sausages already.” What is Polterabend ? It is a German wedding tradition being held on the night before the wedding. Guests would break porcelain to bring luck to the couple’s marriage. The belief  of this custom is expressed by the old saying: “Shards bring luck” (German: Scherben bringen Glück). This expression is derived from a time when the word “shard” whic is also referred to the unbroken clay pots of pottery makers, and not just the broken pieces. It was said that a full jar was a lucky thing to have, thus the expression “shards bring luck”.

Usually, Polterabend is celebrated on a Friday evening, on the night before the church ceremony. For other regions, it would be on a Thursday or a Saturday night. In some areas of Hesse the traditional green sauce from seven herbs is prepared; here the color green and the number seven stand for lucky charms for the couple. In a Polterabend the couple generally announces the occasion but does not specifically send out individual invitations. Word spreads via word of mouth, and those with a desire to show up may do so. Many couples use this as a way of including people whom they are not able to invite to the wedding itself. Something to eat and/or drink is arranged (either provided for or requested of the guests). In this particular event, an unlimited supply of bread, bratwurst and various drinks was served. Often guests will bring their gifts to the Polterabend. Unlike bachelor parties, where the couples are separated to celebrate the pre-wedding event, in a Polterabend the couple celebrates with their family, friends and the community together. Besides Germany, the Polterabend is also commonly celebrated in the western parts of Poland – especially in Wielkopolska, Silesia, Kashubia, Kujawy and Kociewie, where there used to be significant German cultural influences. Polterabend has also been part of the wedding preparation for centuries in Denmark, Sweden and Finland. The origin of the Poletrabend is not precisely known, but it has been a German tradition for centuries and this joyous occasion continuous to be celebrated until today. It was very surprising and at the same time comforting to learn that just like in the Philippines, Germans have traditions and superstitious beliefs that has been passed on for centuries by their ancestors and now, in the twentieth century are still being practiced by the new generation. A fusion of the new and the old, together celebrating LUCK and LOVE and a lifetime of happiness.

“Cheers to the Bride and Groom!”