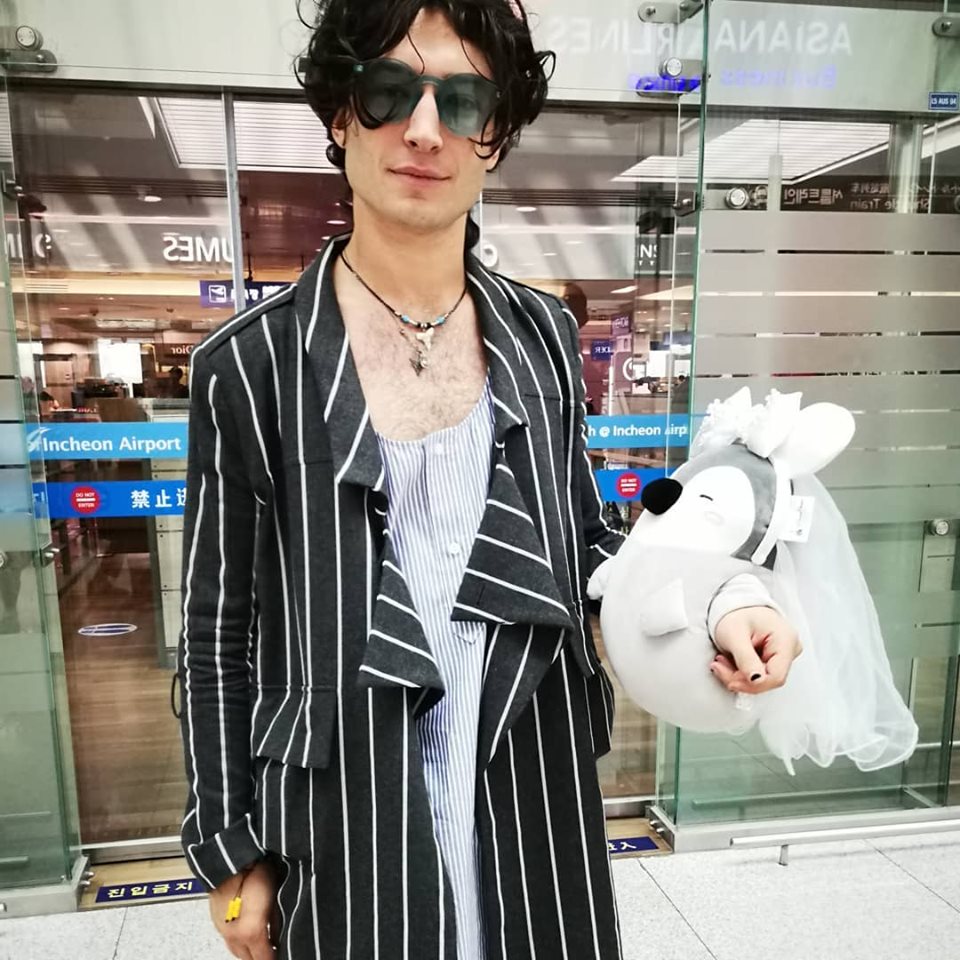 Are you up to speed with the Flash?

I happen to bump into him in South Korea and boarded the same flight to Frankfurt, if that’s not fate.. hahaha, moving on. Ezra Miller was last seen in the Fantastic Beasts franchise and as The Flash in Justice League and now fans all over the world are over the moon over his latest revelations.

In a recent interview with the W magazine Korea, Ezra confirmed, all of his upcoming projects including DC Films’ The Flash movie.

“Well, I’ll tell you the ones that I can tell you about because they’re absolutely confirmed are Fantastic Beasts 3, The Flash movie, I’m making more music with Sons of an Illustrious Father — the band I’m in — and I’m also making some music on my own which will be sort of a new project, a solo project.”

Ezra Miller was in South Korea a few days ago doing public appearances as the new face of Urban Decay cosmetics. He is now in Germany to be a part of Berlin Antonal. On the latters Facebook page it announced that, Berlin Saturday’s Main Stage programme hosts major new projects from Objekt (with Ezra Miller).

Berlin Atonal is an annual festival for sonic and visual art in two distinct stages. It took off between 1982 and 1990 and was relaunched in 2013.

So what are you waiting for? Run!