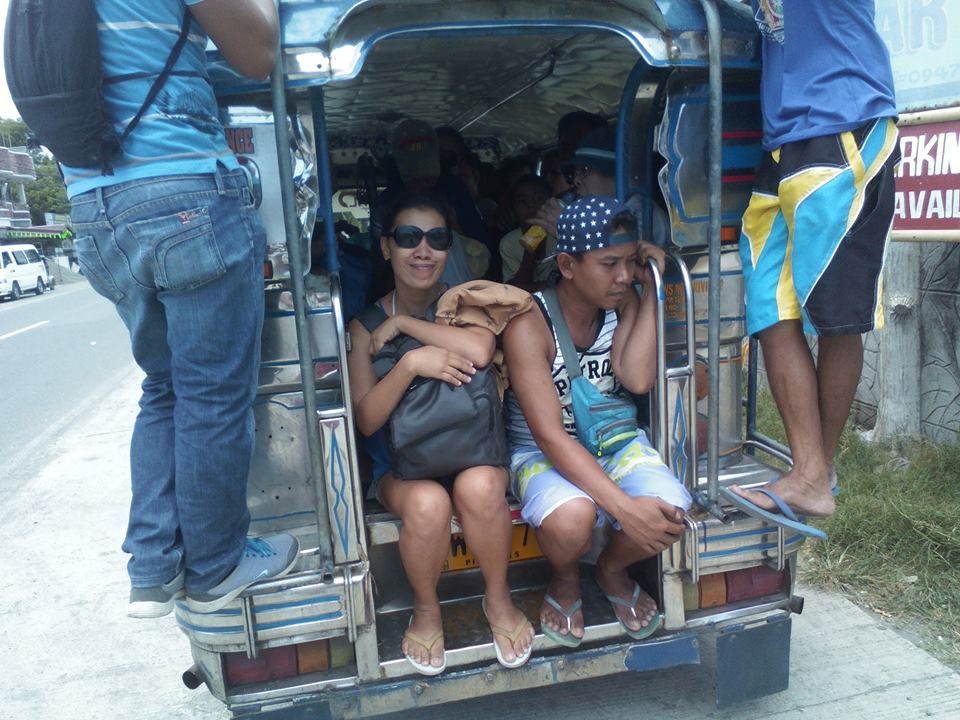 The Van. “Buwis buhay” or “death defying”its what I could best describe my ride. I think the driver thought he was Vin Diesel in the Fast and the Furious, not because of his baldness but because he drove like assasins were coming after us. I would advise everyone not to eat before you take the ride, the van is airconditioned and vomitting inside would be horrendous for all. Fortunately for us, no one vomitted, we were all dizzy and  I wanted to kiss the pavement when we reached Caticlan.

Upon reaching Caticlan, I asked the officer of the PNP information center strategically positioned in the intersection where the road leads to the bus/van terminals and port. The Officer told me that the terminal is just a block away and I could just walk and go straight to it. I thanked him and left.

It wasn’t really a terminal, the tricycles and  motorcycles parked on the sidewalk were they wait for passengers. A motorcycle driver asked me where I was going and told him to Buruanga, he said he could bring me there. After the death defying van ride, im  imagining myself hanging on to dear life if Im going to take this young mans offer, tempting but I said, “No, thank you, but where can I take a jeepney ?” The Jeepney. Jeepneys or often times called “Jeeps” are the most common means of transportation here in the Philippines. It can accomodate about 30-35 people inside including the driver and about 15-20 people sitting on top of the roof or those who are standing near the entrance of the jeep or in laymans term “naga-kabit” or “to hang on with your fingertips” or simply displaying ninja moves.

The jeep was full so i didn’t have a choice but to sit on the entrance. The ride will take about 20 minutes from Caticlan to Buruanga, fare is Php20.00 (0,381 euro).  It was quite a bumpy ride, I couldn’t feel my buttafter several minutes.

Hanzel called me to get off at the plaza. So I immediately informed the conductor (the person in-charge for getting the fares from the passengers, assisting passengers with their baggage), he said that we are almost there and sure thing I saw Hanzel standing near a motorcycle. The Motorcycle. Motorcycle is a two wheeled motor vehicle, a very popular means of transportation in remote and coastal areas.

I finally arrived in Buruanga. The plaza is very quaint and very accesible. The municipal townhall, the gym, the church, the market, police station, fire station and schools are just walking distance from everything else.  Since it was after the elections, I can still see posters of local and national candidates all over the place. I asked Hanzel how far their house is and he said that it will take us about 3-5 minutes and he added that he’s going to prepare food for our picnic by the beach and so we headed out towards his home.

I am so ready to beat the heat.