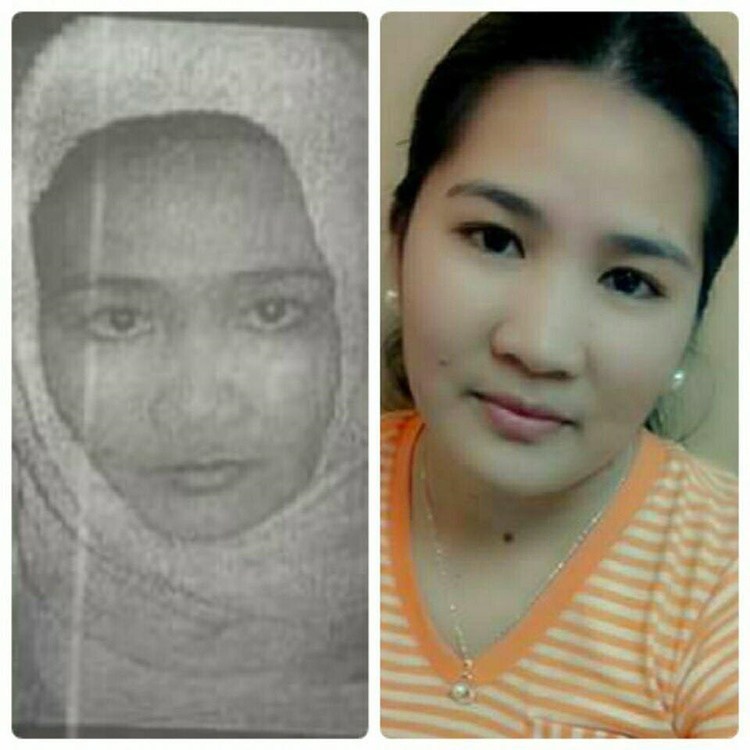 Valentines is just around the corner and this is a love story that doesn’t have a happy ending.

LOVE, the reason why Filipinos work abroad. Most of the OFWs I know, work hard not for themselves but for the families they have left behind. They are hoping that their sacrifices could possibly change their lives for the better.

JOANNA DEMAFELIS was one of them, a native of Sara, Iloilo. After graduation from Sara National High School she went to Manila to work, her family said during an Interview with Aksyon Radyo in Iloilo, and that it was in 2014 when she went to Kuwait as a domestic helper and was able to communicate with them on her first three months abroad.

Then earlier this week, news broke out.

A body of a woman was found in a freezer in Kuwait. The body of the Filipina which was found in the freezer in an abandoned apartment in Kuwait bore torture marks across her body and stabbed wounds on the neck, has been confirmed by the Philippine embassy as an OFW, it was JOANNA DEMAFELIS.

According to a post, an OFW who works in an apartment nearby positively identified the body and said that she last saw the Filipina domestic helper last September 2016. The Filipina witness claimed that Joanna told her that her employers are hurting her and that her salary has been delayed but was afraid to seek help from the embassy or even escape.

Joanna works for a Lebanese man and a Syrian woman who have allegedly abandoned their apartment after the man was issued a warrant of arrest in 2016. The court order was issued for the owner of the apartment to vacate it and justice staff, as part of the procedures to re-possess the premises, inspected the rooms and checked the household items.

Kuwaiti daily Al Rai reported on Thursday, that the Ministry of Interior launched an investigation, after being alerted about the discovery of the frozen body,

According to the report, data revealed that the flat had been rented by a Syrian woman and that her husband, a Lebanese national was wanted by authorities in connection with several legal cases, including bouncing cheques, and with a court ruling of 14 days in jail. The Lebanese man, also showed in the report, was the sponsor of a Filipina domestic helper and that he reported her missing two days before he and his wife left Kuwait.

A murder case was recorded in the Hawali police station and investigators were tasked with solving the crime.

Philippine President Rodrigo Duterte has recently ordered the suspension of Filipino workers to Kuwait, citing cases of abuse and mistreatment including a high profile case of a Filipina domestic helper committing suicide

As of the Total Number of OFWs Estimated at 2.2 Million (Results from the 2016 Survey on Overseas Filipinos) according to the Philippine Statistics Authority, as released in April 27, 2017 (Reference Number: 2017-043). https://psa.gov.ph

The number of Overseas Filipino Workers (OFWs) who worked abroad at anytime during the period April to September 2016 was estimated at 2.2 million. Overseas Contract Workers (OCWs) or those with existing work contract comprised 97.5 percent of the total OFWs during the period April to September 2016. The rest (2.5 %) worked overseas without contract (Table 1).

There are more females than males among the OFWs, with the female OFWs comprising 53.6 percent of the total OFWs. Female OFWs were generally younger than male OFWs, with more than two-thirds (67.8%) of the female OFWs belonging to the age group 25 to 39 years. In comparison, male OFWs in this age group made up 57.4 percent. Male OFWs aged 45 years and older accounted for 23.9 percent of all male OFWs while their female counterparts in this age group made up 13.8 percent (Table 1).

I feel the pain of the OFWs and the families that they left befind. I have onced worked abroad and the loneliness and the longing for your loved ones is already a tragedy in itself. But it is something that you have to accept unselfishly. I hope that Joannas death will not become another statistic of OFWs who has gone missing, raped, murdered and killed without their families ever finding the truth and justice for their loved ones. May you Rest in peace JOANNA.