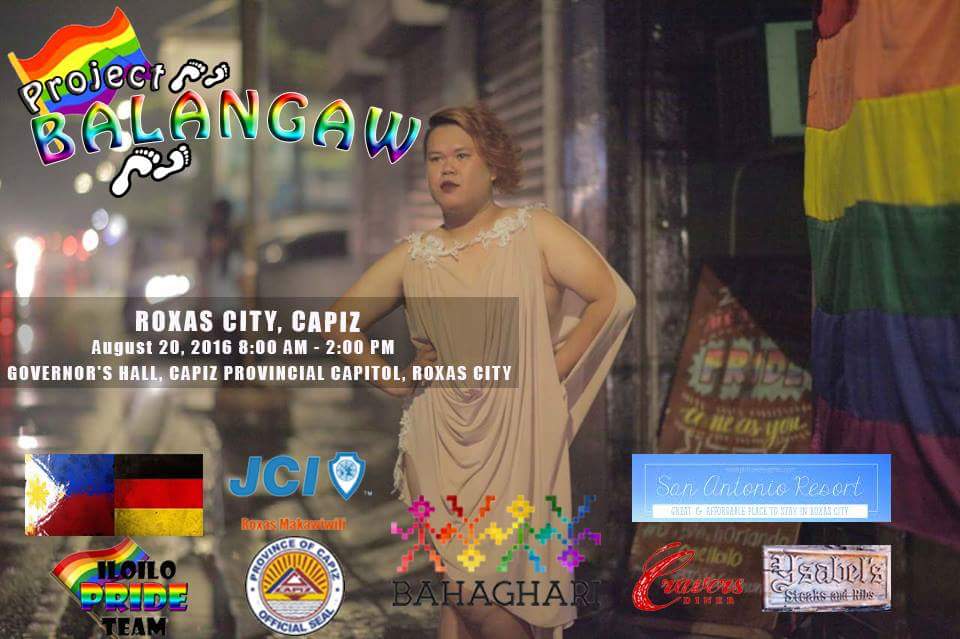 This August 20th from 8:00am to 2:00 pm at the Capiz Provincial Capitol, Roxas City, Capiz, the BAHAGHARI, a national LGBT Organization will conduct its National Campaign entitled “#KKKabog!” (Kabuhayan, Lupa at Dagdag-Sahod, Kalusugan at Iba pang Serbisyo, Kontra Diskriminasyon at Karahasan), which is also being launched nationwide.

“Project Balangaw” aims to mobilize LGBTs in the country and to assist them in creating their own LGBT Organization which embodies  the LGBT advocacy that fights for a discriminating-free society, to educate about HIV and AIDS prevention, awareness and treatment of the virus and to push for Roxas Citys first Anti-Discrimination Ordinance that would protect rights of the LGBT Community.

previousThe Day Dreamer
nextJoin Sofia and her army of titas, as they explore on city life, gossips, social media manners, plastic surgery and everything in between. – written and created by XUBI Hernandez
Translate »