When coding and running collide 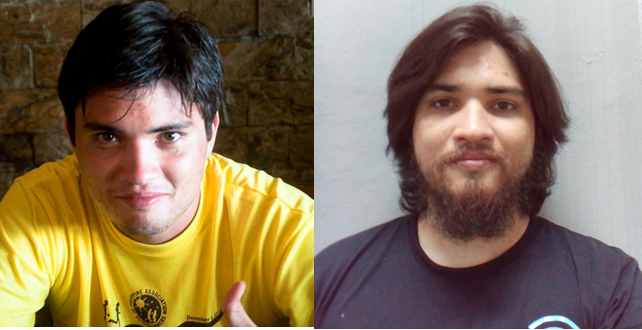 Angelo Kaufmann graduated from Central Philippine University in 2009 with a Bachelors degree in Software Engineering.  He believes in the statement that “if I had more time, I would have written less code”.  He would rather see you produce little but good code than thousand and thousands of lines of bad code. A programmer, Ultra runner and Technical Manager at Satellite GPS (GPS Tracking and Asset Management System, Corp), this Filipino-German co-founded SAFESAT, which aims for Safety, Savings and System.  They are currently promoting their application called SAFESAT FINDER, which can be installed in GPS enabled Android or iOS smartphones. SafeSat Finder is a mobile application that allows parents, guardians or business owners to monitor their employees, children and the elderly or let users post a meetup on finder and let people find where you are, or you could just check what people are doing and just join their meetups.

For more information about SAFESAT FINDER please click the link that can be found in our website.

Besides coding, he enjoys long-distance running and has competed in various events. He started running in 2010  and has finished 30 ultramarathons since 2012. An Ilonggo by heart, he enjoys listening to music which varies depending on his mood from opera, orchestra,rocksteady, reggae, psychedelic, all types of rock, and old school and spending quality time in his hometown in Balasan. Angelo back in 2011 for the PBA run in Pasig City, Philippines Taken during the 2015 Atrium-Bucari Ultra marathon with Angelo is “Boyet” Rentoy (left) the race director.

And for those who are interested to know, yes, Angelo is still single.