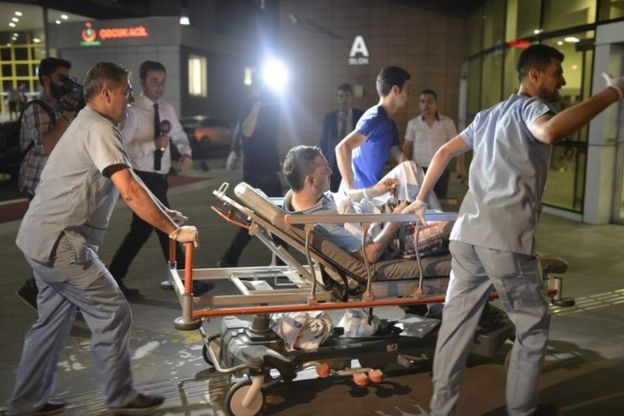 A gun and bomb attack on Istanbul’s Ataturk international airport has killed 36 people and injured more than 140 others, officials say.

Three attackers arrived in a taxi and began firing at the terminal entrance late on Tuesday. They blew themselves up after police fired back.

More than 61 million passengers travelled through Ataturk airport in 2015.