Not your ordinary makeup tutorial indeed! 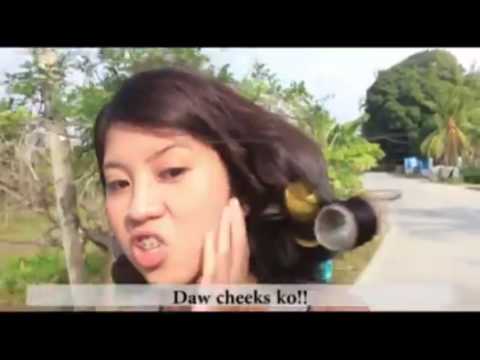 Tag a friend who thinks “Kilay is Lifer!” A lot of women can definitely relate to this video. Being late and having to put on make up on the way to work or school and trying to beat the heat and the traffic all at the same time is a nightmare. Ladies and all other gender, the struggle is real.

But this pretty Iska is going to show us how to do it while riding a Jeepney and on top of a moving Tricycle.

„Kabalan“ is a word that usually describes a person who is both mentally, emotionally and physically strong in facing difficulties, while “Salakyan” is a vehicle.

To date, 3 days after #teamrange posted the video on facebook, it has gained more than 2.4M views, 83K likes and 38K shares and was already featured by CNN Philippines and Cosmo Magazine.

Well one thing is for sure, the success of the video just confirmed the truth in the saying, „ACADS is life, but KILAY is lifer.“