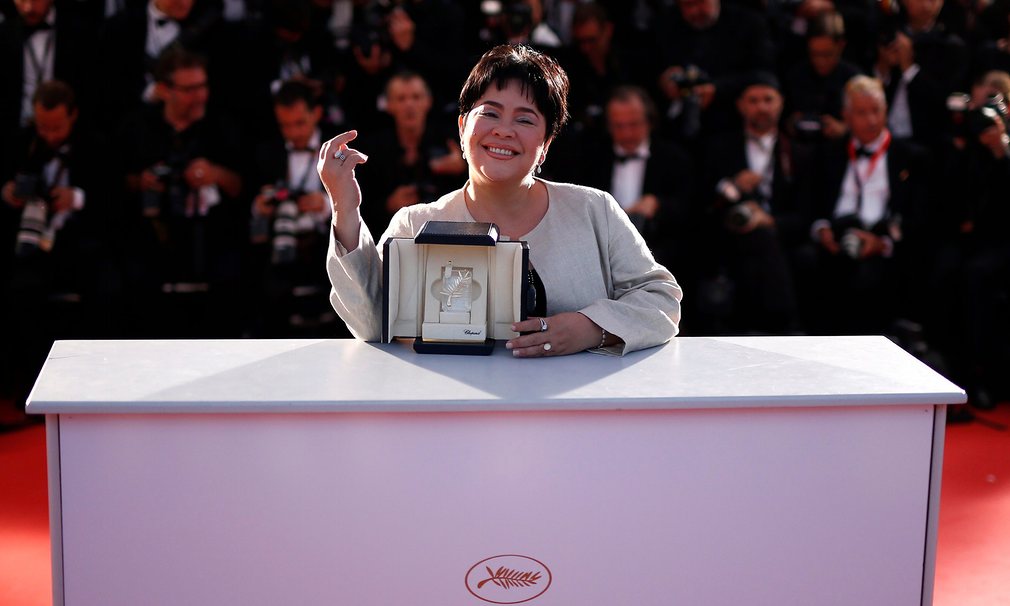 Filipina Actress Jaclyn Jose won the 69th Cannes Film Festival Best Actress  Award in her portrayal as a mother forced to sell drugs to survive , this is the first win for the Philippines.

In this video, Ms. Jaclyn Jose is accepting her award as Cannes 2016 Best Actress for  the film Ma’Rosa, with her is daughter Andi Eigenman and Brillante Mendoza, the film Director.

The film Ma’Rosa depicts Filipino poverty and corruption and is very timely for the Philippines, were incoming President Rodrigo Duterte vowed to introduce execution by hanging as part of a ruthless law-and-order crackdown on crimes and drugs that would also include ordering government snipers to kill suspected criminals.

The Director of the film Brillante Mendoza, 55, previously won the best director award at Cannes in 2009 for “Kinatay,” said that showcasing a film in the festival’s main film competition would help get the world to think about the topics of the film.